These days… I book expensive travel. Simple as that. I used to book travel so that our little family could spend time together. Blue Eyes often was either working away from home or traveled a lot for business when our children were little. For quite a while he was away from home 20-23 days of the month. Sometimes in order to see him for a whole week at a time, I had to book us a vacation and block his calendar. Strangely enough he always made it on the vacations.

When the boys were in preschool, and I had my own bookkeeping business, it was my responsibility to get our kids pretty much everywhere. Eventually I gave up my little business. I wanted our boys to have a different childhood than I had. I grew up with two working parents (four actually, if you want to get technical about it) and a very modest lifestyle. There were no funds for music lessons or summer camps or fancy anything, certainly not luxurious vacations or international travel. I wanted my kids to be well rounded. To play sports and instruments and have all the art supplies they could imagine. I didn’t mind lugging them around town from baseball game to violin lesson to soccer camp to art studio to piano recitals. As long as they wanted to do these things, and enjoyed them, I didn’t mind being their chauffeur. They were very young when they took their first international flight. Nearly every trip Blue Eyes and I went on together, whether domestic or to foreign lands, included our kids, but I rarely ever traveled with him for business. Blue Eyes obviously still managed a lot of business travel and acting out, but we, me and the kids, were oblivious, and happy.

My kids are well rounded. They are world travelers, they speak more than one language, they know they are part (and responsible to) a much bigger world than the country we live in. The Pragmatist spent the summer in India and is off next month to work in Madrid. He and his brother will head off next week on a road trip, to shoot a documentary film together. I feel like I accomplished what I set out to do. I wasn’t technically a single parent, but I knew it was my responsibility to help them to know they were important. They weren’t an afterthought or to be taken for granted. They were little people that I had the responsibility of raising until they were ready to take on the world by themselves. We do have one that is taking a little longer to fly the nest, but he’ll get there.

When Blue Eyes was around, and present, he was pretty great. He does love his kids, he just didn’t have a good role model in terms of what a kid needs to be healthy. He was not healthy. He didn’t really know what good parenting looks like. Funny thing, my parents had their struggles (who doesn’t), but I grew up with enough forethought to know what I did and did not want to replicate of my parents and their parenting. I was not abused. I tried pretty damn hard to convert Blue Eyes to my way of thinking, but the damage his parents perpetrated on him runs deep. I filled in ALL the gaps.

I will say that I built up some debt over the years our children were growing up. We had a second mortgage and some hefty credit cards. Some of the debt could be tied back to the business. Starting a business from scratch, with no investors, can be an expensive proposition. By the time Blue Eyes procured investors, he didn’t want to roll up what he called our “personal” debt into the business. It frustrated me, but it was difficult at that point to separate the two, so we plugged along, paycheck to paycheck and then the business was profitable, and we were able to pay off a lot of the debt. Our ‘tight budget/end the month in the red’ days are behind us, and so is my belief that my husband, although quirky and distracted, was faithful and devoted to only me. C’est la Vie. I am rolling with the punches.

So, when he decided to ditch me for work colleagues and his self imposed mindfulness retreat at our beach house this past week, I got busy on the internet. First, Hawaii in December. Booked. Check.

A shot of our hotel at Ko Olina, from last year

Second, thirty year wedding anniversary next summer, Tahiti. Partially booked. Check. We do Hawaii every year, but I have had Tahiti on my wish list since I worked for a commercial photographer during college. That’s like… almost 35 years ago. My boss did the photography for high end car brochures and luxury cruise line catalogs. It was my job to sleeve all the negatives (this was old school, the 80’s) and I drooled over those photos of Tahiti. I have been eyeing a Paul Gauguin Tahiti Cruise for as long as I can remember…. and a bungalow over the water on Bora Bora. It’s happening guys. 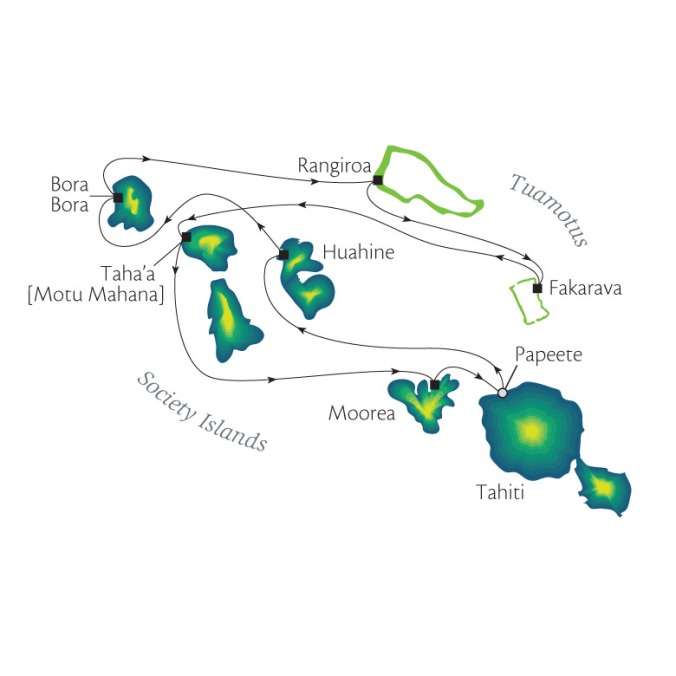 Oh, and something I haven’t really mentioned here on the blog… I had plastic surgery. What a funny term, plastic surgery. There is nothing plastic about it. I had a tummy tuck with liposuction. After my recent weight loss, I was left with some sagging, stretch mark riddled skin on the old belly. It’s gone. Now I can’t wait for the swelling to go down. Liposuction is not for the faint of heart, the dripping and draining, and hard bits that never seem to go away.  I’m pretty excited to try on swimsuits in a couple months though.

I’m beginning to wonder who I am… 2018 has been quite a year, first the tattoo, then the tummy tuck, and now I have started adding blond highlights to my hair with balayage treatment. Pretty sure people won’t be able to recognize me soon.

All part of a master plan? Ha, no. Just ready for some changes and nothing is holding me back. Oh, and I’m not pissed off anymore. 🙂