I have learned that in order to protect myself from pain, there are numerous relationships in my life for which I need to set boundaries. The first relationship was with my sister who suffers from Borderline Personality Disorder with Bi-Polar Tendencies. Yeah, that’s a mouthful. She is my younger sister by five and a half years and went 30 years without a diagnosis. Our parents divorced when I was six and she was six months. I did my best, as a young child myself, to take care of her. I couldn’t stand her being unhappy. I tried really hard to help her. Eventually, by the time she was in her teens and twenties, she used every manner of drug to medicate her wounds. Even now, at 50 years old she still abuses her prescription meds. Mental illness fucks with your mind.

I sought out therapy for my own broken heart. My sister could be incredibly cruel. On one hand, she had my back in tough situations, but on the other, she fairly well tortured me. It’s the nature of her illness, I get it. But, I needed to protect myself both physically and emotionally. I learned to set boundaries. It took 40 years for me to be able to do this. 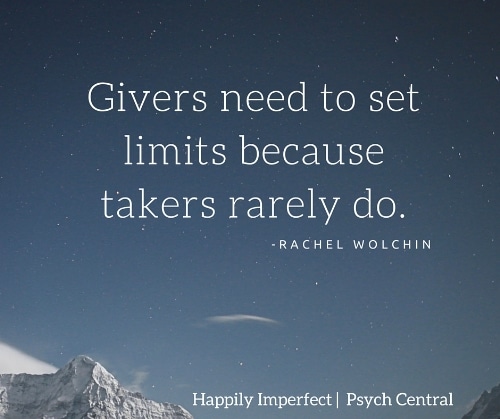 Our father is a spoiled bully. I learned how to take care of myself at an early age. I trusted myself first, my parents next. I either learned early on, or innately knew, that not all adults are trustworthy. Not all adults should be obeyed just because. I wasn’t belligerent, I toed the line, but I never took to heart a lot of the crap my father dished out. Our relationship was arm’s length. I adored my Mom, but she was a divorced mother of two by the time she was 25. I admired her, but I just couldn’t see myself making the same mistakes. I forged my own path.

When I met my husband, I was guarded. He pursued, I pulled away. I was too young for anything serious. Unfortunately, a few weeks into our intimate relationship I became pregnant and then had a miscarriage. It changed me. I let myself be vulnerable. I believed my husband would always be kind, and trustworthy and I let him in. I made a place deep inside me, for him. I had never done this before. If you ask all my siblings (I never have), ask all TEN of them about me and my personality, I’m pretty positive they would say, I’m reserved. I’m cautious with my heart. They would say I’m there when they need me, but I’m not often just there. I’m not there for no reason.

I was engaged to Blue Eyes for 4 1/2 years before we married. This was on purpose. I needed to be sure. Through thick and thin. We had a long distance relationship twice. I almost pulled out of the engagement, twice. I didn’t go into this marriage lightly. I trusted I had made a good decision. I just knew Blue Eyes would never hurt me. I guess you could say, I counted on it and I opened myself up fully.

During the initial stages of Blue Eyes’ recovery, and my healing, I went to a trauma specialist in Los Angeles, and he attended extensive therapy and an intensive program for compulsive sexual behaviors. Through that process, he developed a circle plan for his recovery, and I created, with the help of my trauma therapist, a boundary list for my own feelings of safety.

The following is that Boundary Worksheet, verbatim:

The first section is directly related to his sex addiction. I knew he didn’t want to be that guy anymore, and I knew I couldn’t be with an unrecovered sex addict, so the first section was and is non-negotiable. I didn’t feel like I needed sexual or emotional boundaries for our relationship. We had never struggled sexually and most of my emotional turmoil was wrapped up in finding out he had a secret life and the nature of that secret life.

The “other boundaries” is where it gets a little sticky. These boundaries were created more than four years ago and although I never expressly changed my boundaries nor gave him verbal or written permission to loosen up on these boundaries, he has. The cell phone and laptop are still a problem. Not that he is using them for his sex addiction, because although I have never monitored his devices, I don’t believe he is, but that he is a workaholic. Being on his cell phone and laptop too much leads him to being unavailable to me and ungrounded in his life in general.

The thing is though, I have learned a few things over the past four years. I have no intention of separating from my husband, despite my threatening recently to find him an apartment. And, with both our boys at home, we don’t actually have an available guest room, so there’s that. I know he doesn’t want to be separated from me and I don’t want it either. I have decided that what he really needs is to be reminded of the positive behaviors he should be engaging in to redirect his mind from the ungrounded-ness that drives his workaholism.

I see from his latest post that he has been thinking about his behaviors.

I will change the boundary consequences to include positive reinforcement behaviors as mandatory, versus negative punishment. I hope it helps remind him that I love him and I want him to feel better in his own skin. When he is better, I am better.