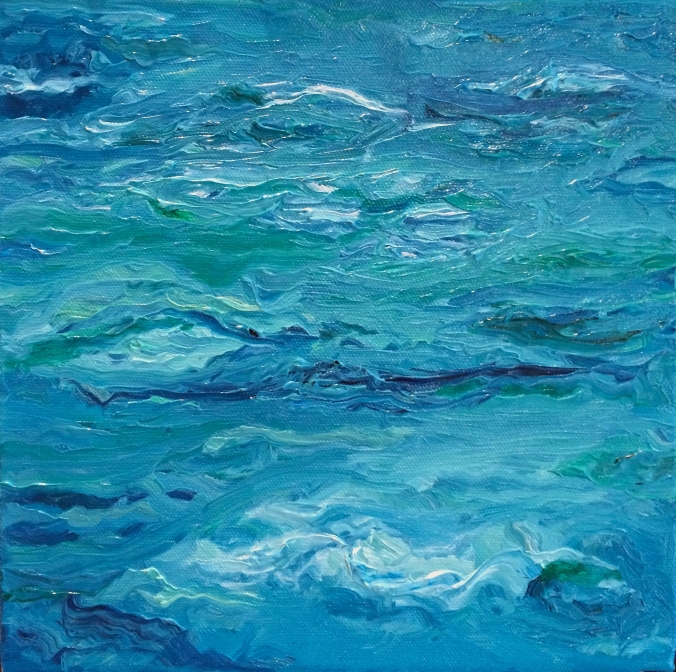 I find the above quote so intriguing. When I think of it in terms of Blue Eyes, I think sure that is his greatest challenge. To be truly vulnerable, to show the world who he really is. He has hidden inside a sick part of his own mind for decades. He felt he was a bad person and no one would love him if they knew who he really was. To stop the crazy and embrace the peaceful truth will make him a stronger person. Isn’t that great of me? Always thinking about others… {{sarcasm}}.

When I think of myself, however, it is equally as powerful and indeed where I should be focusing MY attention. Being the “strong” one surely is not the answer to my own happiness, and it never was.

I was reading on The White Owl blog about how difficult it is to be the strong one. I relate so intimately with her statement, “When you’re the strong one it leaves you in the firing line, a lot. I’ve been accused of being hard, I’m not… ” I have also been accused of being hard, as well as unfeeling, and arrogant. People have tried to bring me down a notch because they didn’t like how “strong” I appeared. Kind people always appreciated my efforts and my strength, aggressive people didn’t like the fact that I appeared to not need them.

In the case of many a betrayed spouse, it was our perceived strength that allowed our partners the freedom to cheat on us. We trusted them. We managed the house and the kids. We gave them their space. We wanted them to be successful in their lives and in their careers because that is what would ostensibly make them happy, right? That was certainly the case in my marriage. Yes, I worked too, yes I had the lion’s share of the responsibility for our children. I maintained the house and the finances and even our business while Blue Eyes was away. But in the end, me being that type of “strong” allowed him to be his kind of “weak.” Don’t get me wrong, there was nothing I or anyone else could have done to fix what is broken in him. However, I made it quite easy for him to feed his addiction. I never questioned anything, I continued to manage everything that needed to be managed in Blue Eyes’ absence, his physical AND his emotional absences. I was completely, 100% self sufficient. I do not believe I ever showed my true vulnerability. Perhaps I did not even know that kind of vulnerable existed in me.

I am not sure how well Blue Eyes actually knew me when we embarked on our relationship 30+ years ago. I know he considered me strong, strong willed and strong minded. I had great coping skills. I was (am) a natural manager of time, and people. He felt my solid positive qualities would marry nicely with his weaker ones. I am not making this up, he has said this to me. Did he say it at the time? Did he voice his reasons for being attracted to me not just for intimacy, but for a long term mate? Nope. I believe he knew that when he fell apart, I would always be there to pick him back up, and I was… I honestly always was. Excuse me as I take a break to cry my eyes out for being able to see something in hindsight that hurts me. What hurts? The fact that I had his back, but he did not have mine. The fact that I was chosen, to have his back. The fact that I was much much more vulnerable than even I imagined. The fact that I instinctively knew what my “place” was in my family, in my relationship with Blue Eyes, in my life. I never stopped to ask myself if what I was doing was good for me. I always equated being good and doing good as good for me. Perhaps I did not delve deep enough into what really drove me to be the “strong” one.

The article (14 Extremely Personal Things Your ‘Emotionally Strong’ Friend Needs You To Know) linked by owlieme is written with the goal of educating the takers about the toll it takes on the givers to be the “strong” friend. Here are a few of the 14 Things that resonated with me:

We have all been through a lot, I realize this. The thing is though, sometimes what we have been through trains us to be the strong one. I am the “strong” one, to a fault. At times, I am not proud of this moniker. Being the strong one for others as it turns out, was covering up the fact that I was actually quite weak and desperately in need of a “strong” one in my own life. We see others struggle and we instinctively know it is our job to remain stalwart, faithful, unwavering and loyal. We see an opening and we fill it. I did this from an early age with my sister. I literally was her rock. I do not resent or regret it. It was the right thing to do at the time. I have done this with my husband. The path was set a long time ago. Being strong, made me weak.

It can get really frustrating when your friends look at you like you have two heads when you actually get upset about something. Bad stuff happens to us, too, and we would like you to be there for us just as much as we are there for you.

This rarely happens with me. I often do not acknowledge the bad stuff because I do not want to burden people. When bad stuff has happened in my past, I often put on such a brave face that no one realizes I am suffering. I realize I have been hurting myself all along.

We are so afraid that if we do show emotion, people will judge us for being weak, because it is out of our character to be anything but indestructible. We won’t let our vulnerabilities show themselves unless it is really something that breaks us apart.

Yes, this is me. And, of course, the thing that broke me apart was my husband’s infidelity, his lying, his betrayal. It does not really matter why he did what he did. All that matters is I put my faith in him and our relationship and that faith was shattered. The picture I had of what my life was for the first 30+ years of our relationship is ripped to shreds. That is a fact. I can put some of the pieces back together and move forward with something, some semblance of what I knew to be my truth, my life, but there is no way anyone can repair it all. I was strong in the face of everything that had been handed to me to tackle the first 50 years of my life. I did not acknowledge any weakness in myself prior to d-day (other than my fucking inability to get myself to a reasonable body weight) so the revelations on that day, sent shock waves through me down to my inner most core. I was incredibly strong in dealing with external factors in my life, and I was ultimately astonishingly naive. I honestly never thought this would happen to me. Call it arrogance, call it immaturity, but I like to call it the worst kind of “strong.” The strong that is built on the premise that because I was good, and kind, and honest, and giving, that no one I really truly cared about would ever hurt me. I was so terribly terribly wrong. So so wrong. Blue Eyes thinks I hate being wrong. He makes fun of me all the time when I admit I made a mistake. I am not upset by making a mistake because I am competitive, I am upset because my reality has been altered. I only take on a cause, or argue a point if I really believe I am right, not for the sake of arguing. Being wrong alters my reality. I do not like my reality altered. I was wrong about Blue Eyes. He did cheat on me, lie to me and about me. I can fully admit, I was wrong about him.

We’re always focused on how we can develop ourselves to be better people. Our expectations on what would make our lives better are only set by us – not you, not society, not anyone or anything. We are strong because we discipline ourselves to hold tight to our values and beliefs we have set for ourselves.

Also true, but this level of rigidity also brings with it a lack of allowing ourselves to be vulnerable. Our standards are high for ourselves.

Sometimes a strong person needs a hug, too. It may not seem like it, but it’s pretty safe to say that most people like hugs…and we’re included in that.

And this is something we will most likely never ask for and because many of the people we are surrounded by need us to hug them, need us to be their rock, need us to stand strong, we rarely get the level of nurturing we need but don’t ask for. All these months into recovery, Blue Eyes still often asks for a hug for himself when I am ungrounded or when I bring up his acting out patterns or partners. When I am suffering, his first reaction is to go inside himself, mired in self pity, shame and fear and then ask me for that hug, for him, to make himself feel better. This is a pattern that was set a long time ago. It will be one of the most difficult to overcome. Because, we BOTH fall back into our habitual roles. Him asking for a hug, and me giving the hug, not the other way around.

One of the areas of discussion during my trauma therapy was the fact that I seem to surround myself with needy people. The therapist set me straight in that needy people seek me out (not the other way around) because they sense my strength and my ability to be their rock. I am the passive participant in most of my relationships. People find me and I do what I do best. I take care of them. In searching out this topic of being the “strong” one, I came across this website article Stop Being So Strong and the author has some lovely things to say to us strong women…

“As time unfolds though you get to the stage where you have been wearing that badge (of being strong) for such a long time, that it has become more of a shield.”

She says when you try to be THAT strong, “very few people see through the facade–even if they do–will you let them in? Will you stand in the wide open space of vulnerability?”

“When you are being THAT strong my love, it’s not self-empowerment. It’s self-shielding.”

“Because you are afraid to be loved, and to trust love. Afraid to show your imperfections and raw vulnerability.”

Many months of self reflection have brought me to this place where I know I need to be practicing daily self care (yes, yes, I know many people have been saying this to me for a very long time) and doing two things. I need to take care of myself first. I need to take care of me before I give anything to anyone else. And, I need to stop being the old kind of strong. I need to show my vulnerability, and not just on a blog. In real life too.