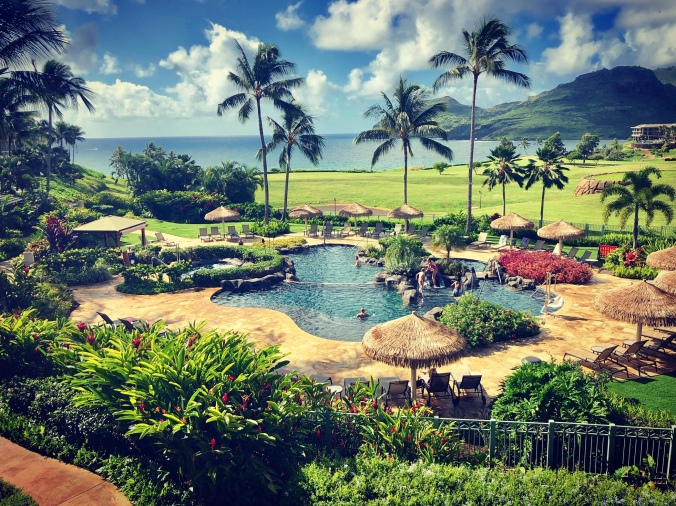 Our view for the next few days.

We made it through. Four gruesome days of arbitration with the builder of our beach house. It was simply, AWFUL. So many lies and accusations flying around the room, my head was spinning. During their testimony, the other side, both the former owner (contractor on our job) and new owner (foreman on our job) were caught in numerous untruths and yet in the end, the three arbitrators asked questions of our attorney that did not imply that things are going our way.

I lost it Friday morning during the cross of our designer. The other side’s attorney was verbally abusing him and throwing little tantrums if the answers didn’t suit him (he’s such an asshole), and yet the arbitrators just let him go on. I mean after our attorney objected, they sort of told him to simmer down, but not in a convincing way. The questioning actually affected me so much I started crying. A recess was called, and I just could not stop bawling. When we returned to the room, I was still not so silently sobbing. I couldn’t control myself, but I also didn’t want to miss out on testimony as I was next up. It was simply physically, psychologically, and emotionally traumatizing. I had chronic back pain all week that felt like someone was stabbing me in the upper left hand side of my back. I also had a stress headache that wouldn’t go away, not even after dosing myself with multiple types of pain relief. I don’t often get headaches that aren’t sinus related (which I get a lot and am totally used to). This one even hurt when I moved my eyeballs from side to side.

In hindsight, I think the crying was a bit of PTSD because my father is an abusive bully and I think this attorney reminded me of my father. It took a while for me to calm down. The stress of the whole situation is overwhelming and it hurt for me to see our designer and friend being verbally attacked. They are basically saying that our architect and designer had our permission to authorize all the overages on our house, which he didn’t. And even if somehow they misconstrued lack of authorization on our part, the facts showed that the contractor didn’t get any bids, didn’t build our house on time or on budget, and there were no paper change orders. The other side is arguing there were implicit verbal change orders from our architect/designer that authorized them to spend whatever it took to build that house. They actually blame all of their own negligence on our designer.

My testimony was short and sweet. Our attorney was affected by my break down. He let me talk about my house and he asked some questions about the process and about the fact that we never authorized anyone to go over budget except in two areas. Our architect had chosen the roofing and in an email asked me if I was willing to pay for an extended (lifetime) warranty on the roof. It was a $750 up charge. I said yes, of course and he promised he would do everything to stay on budget. He came in UNDER budget on the roof. Also, when I found out the loft area (what we lovingly called my painting studio) would have real stairs and be a real room (versus a storage/furnace room), I asked for wide plank hardwood floors. The rest of the house has heated concrete. It was an upgrade, but at that time I assumed it would be covered in the 6% contingency line. I had no idea the construction contractor had eaten up most of the contingency in the first three months of construction, on the foundation. The asshole attorney on the other side didn’t really do a cross of my testimony. He asked me two simple questions and stated he was done with me. I’m sure he didn’t want me to burst into tears and for him to look like the misogynist bully he is.

From the beginning it was very clear to everyone because we told them dozens and dozens of times that we didn’t have any money to build that house that wasn’t included in the construction financing budget (created by the construction contractor) that was provided to the bank for interim construction financing. We had already spent hundreds of thousands of dollars on the land plus all the architect fees + permits + geotechnical + interior design fees +++. We never wavered from that position.

When Blue Eyes first found out that the construction contractor had gone “way over” on the foundation, he called a meeting with the contractor, the designer, and the foreman. He rang his meditation bell and asked for everyone to remember that this house was to be a sanctuary for us and they were a team working for the sole purpose of building that house on budget and on time. This was months after foundation had commenced, but also months and months before the house would be complete. Neither of those things happened and our house was actually mostly finished (as it was never completely finished by the contractor, there was no final walk through, critical items were left unaddressed, the foreman stopped work for non-payment long before we received the final invoice) about seven months post contracted completion requirement. This cost us thousands of dollars in penalties from the bank. At the same time, it became obvious that things that were originally in the construction budget would no longer be covered, so those things would now need to be paid in cash, by us, like landscaping and window coverings. When the contractor abandoned our house, the yard was a mud bog. There was still a port-a-potty and building debris in the front yard. We also needed to furnish the house and get in the window coverings to cover those monstrous windows, then we received the $450,000++ bill from the construction contractor.

The other side is arguing that we agreed to pay the overages because we never told the contractor to shut down the project for overages. We didn’t know about the overages until it was far too late to try and draw any more money from the construction loan. Our forensic accounting expert witness testified that invoices were being held back from the construction loan draw requests. She testified that during the draw process, there was really no way we could have known how far over budget the contractor was… and yet, one of the last questions by one of the arbitrators was… “there seems to be some discrepancy from both sides on how much the home owners actually owe to the construction contractor. I would like an accurate number on what is owed.”

WTF? How about me don’t owe that idiot anything. The arbitrator was asking about that final invoice because during this arbitration process both experts found items that were double-billed. Not a lot, but some. The contractor also charged his 15% on soft costs that were drawn (i.e., not his costs). Although it was probably oversight, it sure sounds like theft to me.

The more I write and talk about this situation, the more obvious it is to me that our contractor was negligent, from beginning to end. No bids, no oversight, no accountability, hidden invoices, significantly behind on construction schedule (which they also tried to attribute to our designer), no interest in our house, and he broke his own contract numerous times. We don’t have an answer yet. Final briefs go to the arbitrators on Wednesday, then they have as long as it takes to make their decision.

If there is anything that I have learned in the past six years, it is that life simply isn’t fair. Things don’t always go my way. No matter how competent, honest, and kind I am, I don’t always win, and that is still a hard pill to swallow.

Now, back to paradise.