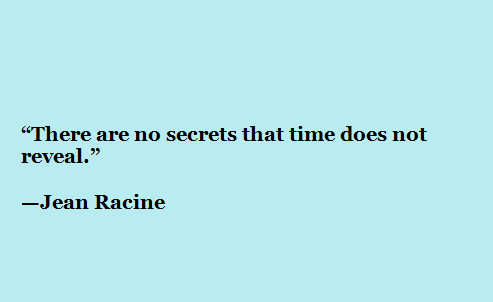 After Blue Eyes’ disclosures of his secret life and subsequent diagnosis as a sex addict, I kinda wanted everyone to know the truth. I’m not exactly sure why. Eventually I know I wanted people to understand sex addiction. I want it brought out of the darkness and into the light so people will know they are not alone and they will seek help, be it the addict, or the partner. But this way of thinking has come from understanding and healing. Starting out, I think my desire to shout out my reality to the world came from my not liking secrets. I learned really early as a child the difference between secrets and surprises. The secrets that lead to surprises can be fun to keep (although I am not great at those either) because when they are divulged, they will make someone happy, like the gift you purchased for Daddy’s birthday and have hidden in the closet. So, shhh, don’t tell Daddy about his surprise because we want him to be happy on his birthday. A secret you don’t want anyone to find out about, is bad. And don’t get me started on lies. That is what I was taught. I NEVER could have done what Blue Eyes did. Not just because I am not that broken down addicted person, but also because I don’t tell monstrous lies, gas light, or keep secrets. What you see is what you get with me. I don’t hide, except behind the moniker Crazy Kat, which EVERYONE knows I don’t really want to have to do. I am open and honest with my identity once a relationship is created outside the context of the blog. At this point there are bloggers, commenters, and readers who know my real identity.

Don’t get me wrong. I don’t think I am perfect. I do think, however, that people rationalize bad behavior all the time and they are really honestly and truly hurting themselves, and also hurting others in the process. I try not to do that.

My persona online and in my social media accounts are inextricably intertwined with Blue Eyes, and, I have a one of a kind name. With my first name and spelling and my husband’s last name, which I took 27 years ago, I believe I am the only person in the world with this name. Therefore, no place to run, no place to hide, and I don’t want to. I have done nothing wrong and I want people to know what has transpired, and that I have survived, and they can too. Likewise with Blue Eyes, but the world just doesn’t work that way. Generally, people don’t understand sex addiction and they have concocted all kinds of preconceived notions in their head as to what it is, or that it isn’t real. Same with marital infidelity actually. I think people want to distance themselves from it because they don’t want to believe it could happen to them. Some amount of blame is always placed on the betrayed.

Blue Eyes no longer has a social media presence. Those who wanted to stay connected to him in that way have followed me. He is all over my Instagram and Facebook. Of course he is, he is my partner of 32 years! We made a promise to each other that before we divulged his secret to anyone, however, we would discuss it together. We have both broken that promise. I shared with a few people before we made the promise, and he shared with a couple people after we made the promise. I want him to be able to speak freely. Selfishly though, I want to be part of the discussion. He is a cheater and an addict. That is on him and is his story to tell. BUT, he cheated on ME and betrayed our marriage, that is our partnership and I own part of that story. Somehow, blame seems to fall on the innocent. What did Kat do to send him off to other women? She must have been bad in bed. Or maybe she is a nagging bitch? Or she got fat! That is my favorite considering the size of the women Blue Eyes cheated with, but really, one of the most difficult aspects of this whole thing is learning to heal from the wounds without letting in the haters. I am not to blame. Blue Eyes is broken and always has been. Just because friends and family couldn’t see it, doesn’t mean it wasn’t true. The truth is, with Blue Eyes’ friends, they didn’t so much hate on me or the situation (that I know of), but some did believe ours was a marital problem. In his excitement to tell his story (because he is happy he is getting help for himself and in recovery) he has forgotten to bring me into the story. He has forgotten to tell people that me and our marriage are innocent victims. The situation I found myself in after 30 years loving one man, had nothing to do with a bad marriage and everything to do with a bad childhood and a wounded man hiding a secret life and breaking his promises.

After months and months of recovery and healing, on most days, I no longer care if friends and family know the truth about Blue Eyes. They cannot help him heal. I know that. They also can’t help me heal. They were never part of his addiction, or our marriage. Some days though, I feel like I am holding on to this monstrous secret, and it brings me down… and I still have a burning desire to shout our story from the rooftops on some days, and so, I have this blog. The blog is a great place to release some of the burden.

To this point, other than our children, it is true that only a handful of the people in our life know the truth. My youngest brother knows (and he told his wife), my oldest sister knows (the one with borderline personality disorder and was early on in the path of Blue Eyes’ budding sex addiction) knows. My mother and step father know. My hair dresser knows (hallelujah that guy has been a god send), our tennis instructor knows (the consummate playboy who approached Blue Eyes about the possibility that he himself may be a sex addict???), my good friend Dee knows (and she told her husband). Colleen (the college roommate/maid of honor–also in the path of Blue Eyes, the sex addict) and her husband know. Blue Eyes’ sister and her husband know, but we don’t speak with them anymore. We don’t speak with anyone in that family actually. And, exactly half a dozen of Blue Eyes friends know, plus all his 12 step buddies of course know. Only one person in that bunch (not including the 12 step guys) had ever really heard of anyone actually being a sex addict. So, although many understand addiction, most have no clue how sex addiction works. We have tried to educate, but this is not a daily part of their lives. Many of these people felt and still feel bad for Blue Eyes. I think some may have some sort of empathic feelings about what I might have been through, but no one really gets it. No one really knows and most don’t want to know what it feels like to be betrayed in that way. I get it, but it is tiring living this way.

And that is where this blog comes in. I know many of you get it. I know that whether we tell people in our real life or not, most will not be able to remotely understand the feelings associated with methodically being lied to and gas lighted and attempting to make a life from the destruction. Many of the fine people in our life will be a shoulder to cry on and a much needed pillar of strength if we let them, but they will not get it. We shouldn’t expect them to.

Thanks for letting me tell you my story, and thank you for being there.

45 thoughts on “Who knows the truth”