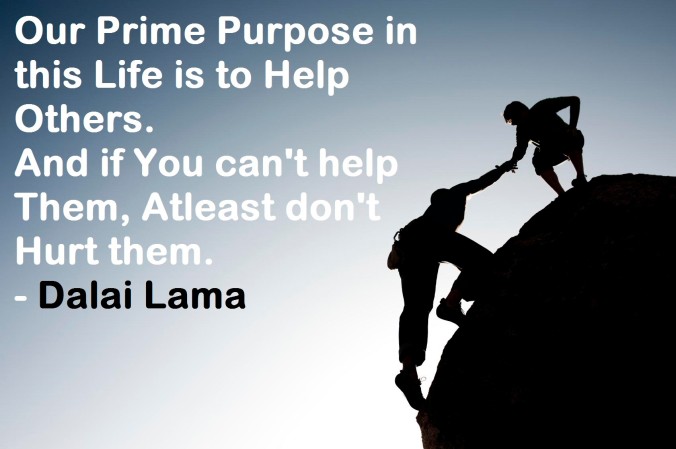 Ever since I read Walking the Journey’s post last month titled I know what I would do. I have been thinking about this concept of whether or not I would want to or be able to tell a friend that their spouse is cheating, or if my friend is the cheater, would I want to, or be able to talk with them about their choices. I have actually never known first hand someone who was being cheated on (and the faithful partner didn’t know) or known someone who was cheating.

Prior to discovery of my husband’s secret life, I knew lots of couples who had divorced, mostly parents of our kids’ friends, but I really knew nothing about the deep whys for the divorce. Mostly it seemed like the couples had grown apart. There was never talk of cheating, just irreconcilable differences. Also, most of the people I was/am closest to are still married and I have never heard anything about cheating by either partner. I had never, for example, actually had a friend, or even an acquaintance that I knew was being cheated on. Lucky me?

Now, when it comes to my own family, most of the divorces happened when the couples were young. My parents for example. There WAS cheating involved, but already after my mother had asked my father for a divorce. My father is a coward. He begged my mom not to throw him out, then he found her replacement, and left. Dick move, I know. They were 25 years old. A few of my siblings have divorced. There is the story of my sister whose husband came home and told her he wanted a divorce, and by the way, he was already involved with someone else, a man. So yeah… that situation was extremely complicated. My sister had little clue that he swung both ways. Well, actually he didn’t. He is gay. Always has been. He grew up Mormon and he didn’t think he had a choice, so he did the traditional thing and got married and had a kid. He put on a good show, for a while. Regardless, no one knew he was a cheater, who was cheating. Hindsight is always 20/20.

During the cheating many of us have zero idea. Not lying here… I had absolutely no idea my husband was even capable of cheating. I know that sounds crazy, but I have written about it here, many times. I still absolutely 100% stand by my feelings. My gut never told me my husband was having sex with other women. Is he a flirt, sure, but a full-fledged cheater? With me at home, his best friend, mother of his children, by his side. We got along, have a business together, we still had sex, good sex. It’s the truth. Also, the truth, most affairs aren’t even about sex. Yeah, weird right? I had no idea. In the throes of trauma I told many a therapist that I wish I didn’t know. The pain of knowing my life partner was lying and betraying me, for years, hurt. In order for my husband to live an honest and true life, to recover, he had to be able to come clean. There is no “going it alone” when it comes to recovery from addiction. When the truth was revealed, I wanted to die, but it was the only way. I do still wish my husband had come clean to me on his own. The call from the other woman was horrifying, traumatizing, humiliating. I still hear her voice sometimes. I still hear her words sometimes.

So, now the question. If I knew, would I tell? It depends, but I don’t think so. Will my divulging something (even if I know it is true without a shadow of a doubt) solve anything? Will it help, or will it hurt? Even contemplating blowing up someone else’s world is like holding a ticking time bomb. What will detonate a bomb, and what will neutralize it. It’s complicated. There simply is no “one size fits all” scenario. The other woman detonated a bomb in my face. It catapulted me into trauma and pain I never could have imagined. It helped Blue Eyes in the fact that his coming clean provided for a diagnosis and treatment. Cheating is not black and white. But it did not help me. In any way.

Blue Eyes has a friend. Let’s call him John. He and Blue Eyes have known each other for a while, definitely pre-SA diagnosis. When Blue Eyes was diagnosed and started his recovery process, he told John all about it. He had a gut feeling John would be a good friend to confide in, and Blue Eyes was open and honest. He was looking for non-judgmental friends. Turns out Blue Eyes is either an addict magnet, or there are a lot more sex addicts around than any of us might have imagined. With Blue Eyes’ truth unfolding, John shared his own story. Because Blue Eyes is a guy, he doesn’t know as much as I would at this point. Apparently sharing too much is uncomfortable for guys. I, on the other hand, share EVERYTHING. Anyway, turns out John was born inter-sex (what is intersex).

John described himself as an hermaphrodite, apparently an old term for a person born with physical characteristics that do not neatly fit male or female norms. I had heard the term before, but really never understood what it meant, fully. Turns out intersex encompasses a lot of different characteristics and Blue Eyes doesn’t really know the intimate details of his friend John’s situation. No doubt there were issues if not at birth, then as he matured. At this point John clearly associates with being male. He is about as hetero male as they come (by my subjective definition). He is, unfortunately, sterile. He is married and has been married, to a woman, for decades. They have children using his wife’s eggs and donor sperm. All the kids have the same donor dad, so they all look like siblings, but they don’t look like John, obviously.

During the process of John describing his past to Blue Eyes, he also talked about an older woman who came into his life when he was in college. He had a sexual relationship with this older woman while he was with his wife (girlfriend at the time). He continued to have a sexual relationship with the older woman throughout his marriage. It’s my understanding that this woman used some of the same blackmail tactics that Blue Eyes’ acting out partner used. A couple years ago the woman moved to our area, creating a lot of stress and anxiety for John. Last year the woman suddenly died. John was relieved, and happy. Happy that that “stage” of his life was over for good. According to Blue Eyes, John has also confessed to obsessively masturbating to porn, and he clearly has a drinking problem. Addicts know, co-addictions are quite common. When there is a hole that needs to be filled, sometimes it takes more than one drug to do the trick. Likewise, sometimes an addict goes into treatment for one drug and ends up picking up another drug to take its place. John is not in recovery for any drug or addiction.

I do not know John’s wife well, but I have met her a few times. She’s a rock of a woman with a strong personality. I could easily contact her. She’s on Facebook. She lives right across town. I know something about her life that she does not. That was one of the biggest issues I had in the early stages of discovery, that people knew things about my relationship with my husband, my best friend, the father of my children, my business partner, that I did not. It hurt badly. At the time of discovery Blue Eyes was no longer seeing the other woman, just like John is no longer seeing his other woman. But John is still participating in secret and potentially destructive behavior, if you view him in terms of addiction. Excess. John recently had his license revoked for driving under the influence. He wasn’t with his wife. He wasn’t even in the same town as his wife. A lot of his destructive behavior is away from his wife, especially the sexual behavior, at least if what he tells Blue Eyes is the truth.

I have never even contemplated the idea of, anonymously or not, telling this woman what is going on and what has gone on behind her back. I just don’t feel like it is my place. This whole situation of do you tell, or not, is a slippery kettle of fish. In my mind, there is no reason for me to upset this woman and disrupt her life in such a horrible way. She appears to be happy. John, on the other hand does always feel like he is about to fall off a cliff. Blue Eyes recommended his therapist to John plus he has invited him to his Buddhist Sangha and he has invited him to his SA group. John did see the therapist, for a while, but has avoided the other meetings. The Peacemaker (my younger son, 25 years old) asked what I was writing about here. I told him. He chimed in that he thinks John should be forced out into the open. He obviously doesn’t want pain to reign down on the wife & children (as was done to us), but he does feel like John is walking a very tight rope. He knows how painful it is to find out someone you love has been lying to you, but he also knows that the only way his father got help was through being outed. His comment, “sometimes we have to go through a lot of pain to get well. You just never know how much this guy is hiding inside himself and if that could eventually lead to suicide.”

There are so many different ways to look at this situation, but I can’t do it. I can’t be the one to ignite this bomb.