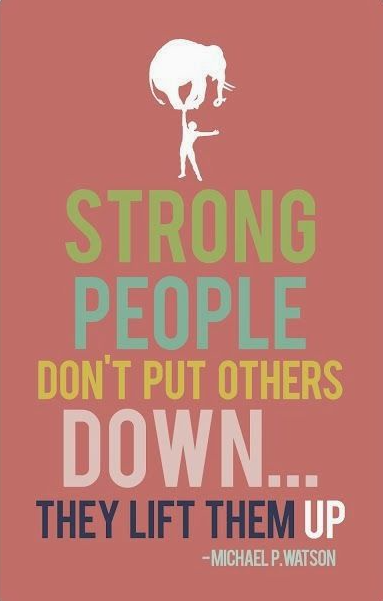 I was going to reblog this (which I have never done before, reblogged anything), but in true Kat style, I decided to link it so I had plenty of space to write out my own comments. I enjoyed reading this post by marriagerecoveryblog.

The other woman’s hatred for the wife

I love how she tells her story and then talks about how she has explored the motives of a “woman who willingly has an intimate relationship with a man she knows to be married.” She has “sought a more comprehensive understanding of difficult and shameful female to female relationships.” Her story is very different from mine, but the similarity lies in the fact that a woman (or women in my case) has willingly pursued sexual relations with our husbands. The women in my husband’s life knew about me, and our children. They knew we were married, I believe they knew my husband never intended to leave me for them. I believe they knew that I did not know anything about the extramarital relationship my husband was having with them. Did they care that there were innocent victims to their crime? It doesn’t appear so. How can this be? Where is all this bad behavior coming from? In my limited research googling articles about mistresses and why women cheat with married men, I had come to the realization that many women are just plain broken. Similar to my husband, they have deep seated issues that allow them to rationalize their behavior due to their own issues around self esteem and sexuality. They trade a true, intimate, honest loyal, and monogamist relationship for a “sharing” relationship because they think they can do no better. Or they rationalize that they are making the man happy (usually with their body, tsk, tsk) and eventually the man will leave his horrid wife. Or maybe the wife isn’t horrid in their mind, just disposable. From what I read, they don’t really believe the man will leave his wife, but delusion and rationalization are what this adultery game is all about. Although they are broken and need help, this still leaves innocent victims in the wake of their selfishness. I think I was letting a whole category of women off the hook. Just calling them vulnerable, or broken, or exhibiting low self esteem is maybe only part of the story?

Marriagerecoveryblog has analyzed this topic even further and in her entry above, she references an American Author named Phyllis Chester, and her book entitled ‘Woman’s Inhumanity to Woman,’ which she admits is a troubling book. I would imagine for me, it would be difficult to read in that this topic of women hating and being envious of other women is more prevalent than I might like to think or admit. I want to believe in the good in people, especially other women. But, it’s true, from an early age, females can be aggressive in a passive sort of way (it’s not nice for a girl to be actively aggressive, so we go behind the back of other females to hurt them). Women are sneaky, and sexist, and can be misogynistic in that they are disrespecting other women, allowing themselves to believe negative ramblings about another woman even though they have no actual proof. They are stealing from another woman and rationalizing hatred. Perhaps they don’t trust other women because they have not been trusted or they are in fact, untrustworthy.

But where does it all come from? I have not read the book, but I do raise the question, is this all learned behavior? What biology would be necessary for women to want to turn on other women or steal what they have? If not for some nurturing event gone wrong in their life, would this kind of behavior even exist? Were these women, in fact, neglected? Or did they just plain learn the behavior from other women in their life and the behavior is carried on? I have never felt the need to be competitive with other women in my life. I have never stolen anything from another woman so I find it baffling and frustrating and just plain sad. I have, however, talked about other women behind their back. But I also talk about men. It is a horrible habit. Eliminating gossip from my life is something I continue to work on. I have always known it carries negative energy. But I am talking about something a little more destructive than gossip here.

I have two boys, so I have not been involved in raising girls. Although I have younger sisters, none are very close in age to me. I kind of grew up as an only child for the early years of my life and then my sister came along. By the time she could walk, I was well into elementary school. My mother is a very sweet, kind, and gentle woman with nurturing in her soul. Things have not always been easy for her, but she is a true survivor. I look up to her and I respect her and she has always treated everyone in her life with the utmost respect and dignity. I think she showed me by example and also taught me to be kind and gentle to all things. To be honest and true. I never struggled with female relationships because if I didn’t like someone else’s behavior, I just walked away. I always knew I didn’t need “mean” people in my life. I have also been incredibly understanding, realizing we are all imperfect beings, of other people’s needs and challenges. Sometimes this understanding has really come back to bite me in the ass!

How do I know I wouldn’t do it

Strangely enough, I have been reunited with The Boss two times in my life. Once while I was finishing up university here in my home town and another time three years later while I was pregnant with The Pragmatist. Strange how life does that sometimes, reunites people theoretically by chance, for no apparent reason. We have a mutual friend. The Boss is now 62 years old and a grandfather. He is still married to his beautiful wife. I have never been tempted by or allowed myself to get involved with a married man. I feel good about the choices I have made in my life. I wish people had been as respectful of me.

A tropical island, out in the middle of the ocean, looks really, really appealing right now, probably because I know people will never stop hurting other people, and I don’t want to think about it anymore.