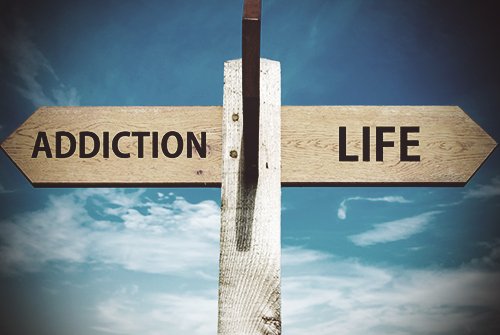 For Blue Eyes, part of his addiction is clearly about control. As a child, he was under the strict and harsh command of his narcissistic and abusive mother. She belittled him and chided him and rode his ass day and night. He could never do anything right. Failure was right around the corner for him because that is what his parents taught him. He was a disappointment. This is how they controlled their kids, training them to jump through hoops for approval, and then never giving it. Add to that that he was sick and his mother blamed him for the doctor’s appointments and medical bills and for her having to take time away from her friends. She had to cancel out of tennis dates, and luncheons because Blue Eyes was an ill child. How dare him?

At puberty, he found something he could control, his sexuality. I’m not sure if Blue Eyes masturbated more than the average adolescent boy… I don’t know if there even is such a thing as average when it comes to these personal matters. All he knew was that he felt shameful and that there was something wrong with him, but he needed that outlet, that release. He was emasculated by his mother and ignored by his father, but he could control his own sexual pleasure, and because it felt good, there must be something wrong with it, and with him.

His sexual addiction grew into what it was at discovery. It was a slow and methodical progression over 40 years. Each addict’s story is a little different, or a lot different, but in the case of Blue Eyes, it was important that he kept it all a secret because he was ashamed of his behavior, and he also knew in his mind that he needed those secret behaviors to survive. He knew it was wrong, but if he just kept it all a secret, and if no one found out, he would be okay. And when it came to breaking marriage vows, he would absolutely never do it again, until the next time. I really believed that once he was away from his parents (having no knowledge of his acting out behaviors) that he would mature and no longer require their approval. That never happened, but I actually thought it did. At the point when he escalated to affairs, he became very good at pretending he was managing life. I thought he had conquered his demons when in fact he was feeding them more than ever. Because his parents had trained him to believe he was weak and unable to manage his own life, failure was around every corner. And with the thought of failing came a stronger and stronger urge to medicate those feelings the way he always had, with secret sexual activity. He could control that. He knew how to medicate with sex. If he could just get that high, everything else in his life would be okay.

So, I am getting to a point here, I promise.

A couple weeks ago during my regular check of the other woman’s Facebook page (which I previously posted about), I noticed that she had, for the first time since she has been in our lives, posted a picture of herself. Her Facebook posts are public, she is an idiot. Anyway, you could have knocked me off my chair with a feather. After all these years (more than 12 years total), there was a REAL photo of the woman who tried to destroy my marriage, say what? She had traveled down to Los Angeles to attend the Jimmy Kimmel talk show and had had her photo taken with her favorite comedian (not Jimmy Kimmel, some other guy I have never heard of). So there she was, slightly better than the images cemented in my brain from the hospital parking garage and the plane home from Hawaii. Somewhat better only because her hair isn’t quite as crazy and she is moderately better dressed. Still the same beady little eyes and evil looking smirk. Ugh. Anyway, I metabolized it for a bit, and then decided to ask Blue Eyes if he wanted to see the photo. I can be a manipulative bitch. I will admit that. I wanted to see what Blue Eyes’ reaction was to the photo. Not to the fact that there was a photo, but to the actual photo itself. But, Blue Eyes refused to look at it saying it would be a violation of his border plan. Now, in my spoiled and selfish opinion, anything I ask him to do should be done without question at this point. He flat out said no, even if I wanted him to look at it, he wouldn’t. I slept on that and was still pissed off the next morning. He couldn’t understand why I was upset.

Many of you might also be confused as to why I was distressed, so I will explain. One, seeing a photo of that horrible woman is upsetting. I had told Paula about the photo and even copied it onto our conversation and her response was… “are you okay?” Wasn’t that sweet? She gets it. She REALLY gets it! Seeing that awful awful creature is upsetting. This woman STALKED me, for months. She had sex with my husband (“intermittently”) for EIGHT YEARS. She was the one he chose to feed his addiction and she was violent and unhinged on multiple occasions and yet, he brought her into mine and my children’s lives repeatedly and he had unprotected sex with her, putting my health at risk. This woman does represent some crazy level of evil for me. So yeah, actually acknowledging that it might be upsetting to see a photo of her, would have been appropriate.

Of course all of this was my own doing by trolling her Facebook page, but that is what happens sometimes when husbands cheat lie and betray the one they have promised to spend their life with. So there’s that. And second, I believe that in his effort to control everything about his secret sex life, Blue Eyes created a story around this woman. A story he desperately wants to believe and that is that she is a recluse and he was her savior. When he groomed women, the first thing he looked for was not how they looked physically, but in fact whether or not they looked lonely. Lonely women are willing to do a lot for the attention of a man, even a married man. With this particular woman, there were no other men in her life. He gave her something no one else could… she even said it herself, “he ruined her for other men.” She offered to PAY HIM to come to her house more often. So I wanted him to see that his reclusive, hoarding, alcoholic “girlfriend” was actually galavanting around his hometown laughing and taking photos with other real live humans. I wanted to see his reaction. But him refusing to look at the photo drove home what I was most concerned about… he didn’t want to see her living a real life. He wants to, in his still recovering mind, believe she is not happy without him. I know this sounds sick and convoluted, but control is a huge driving force for addicts. He wanted control over whether he saw that picture or not and because he knew the context of the photo (since I told him), he really really didn’t want to see it. His boundaries actually state that he cannot have any contact with her, they don’t state that he cannot look at a photo of her. He doesn’t want to look at a photo of her not because of shame or guilt or anything like that. He merely wants control of that secret part of his life. I know he is remorseful and I know he regrets having done what he did, that is not the issue at hand. The issue is, he still desires control over his addiction, and this woman is his addiction.

Now, truth be told, Blue Eyes refused to acknowledge that this whole thing was about control, but I have watched this man like a hawk for four years. I see what I see, he is pretty transparent at this point and my instincts are finely tuned. He actually just kept saying it would break his borders, which I know isn’t true. Unless…. he thinks by looking at her that he will want to break his sobriety for her, in which case, he’s not as far along as I would have previously thought. I still think it was all about control. He knew I wanted him to look at the photo and he refused because he wanted to control the situation. And by not looking at the photo, he can still picture in his mind a woman who is sitting in her house pining away waiting for him to call, text or email her. He is still her knight in shining armor.

I am not the least bit worried that Blue Eyes is going to contact his acting out partner. I know he doesn’t want that in his life and he covets his sobriety and cherishes his most recent four year chip. Recovery from addiction requires daily positive action and rituals. Blue Eyes is doing the right things most of the time. I don’t think his looking at a picture of this woman is going to send him running to her house. She does represent a life he doesn’t want to live anymore, however, having power and control over aspects of his life are still instinctual to him. Sometimes my instincts are to test him… see how he responds to certain prompts and situations. When he denies these needs for me, it is distressing. I want him to be able to give himself over to me and act normal and be normal and just look at the photo and say something like… “I cannot believe I ever touched that woman.”

He did feel pretty bad though that a woman I have known for less than three years and who lives thousands of miles away could understand me better than my partner of 34 years. I realize this is a betrayed spouse situation, and addicts are innately selfish, but HELLO!!! Yeah, YEAR FIVE, I’m talking to you…. keep working your magic on this man I love. I’ve been through a lot. I deserve it!