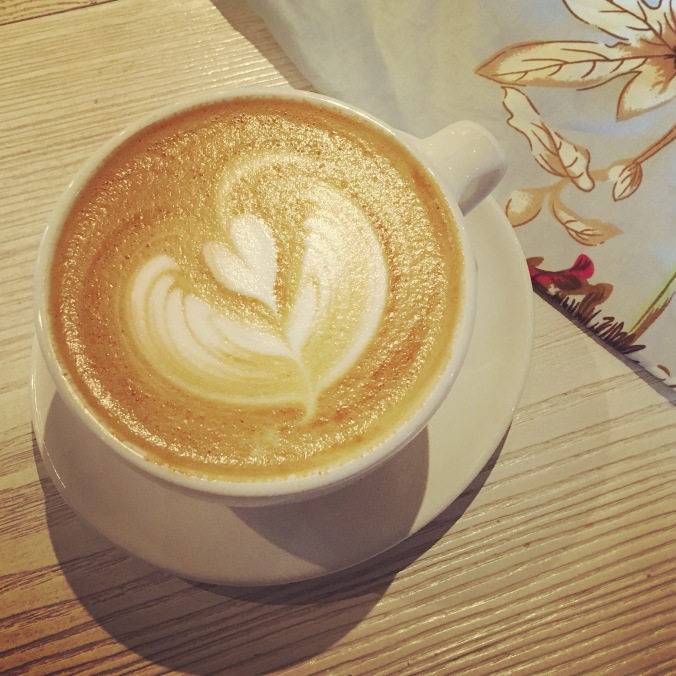 Prior to d-day, Sunday mornings weren’t really anything special. Like any other day, I got up when I felt like it, and Blue Eyes got up when he felt like it. When the kids were younger they had religious school on Sunday mornings, so one or both of us was up reasonably early to get them off and to the synagogue. It was all about childrearing and responsibilities back then. It was all rather routine.

We were never a cohesive unit in the mornings, any morning, just two people waking up, usually at different times, and going about their day, very different days. Most weekday mornings I had the responsibility of the kids, getting them up, and fed, and off to school. Blue Eyes often had only himself to worry about, that is when he wasn’t traveling or living away. Blue Eyes’ Sunday morning usually included a bagel, as that was his family’s tradition, Sunday morning bagel and lox. Generally I would suck all the last bits of sleep out of the morning that I could before facing my day. I love sleeping in on the weekends. Often times Blue Eyes would stay in bed even longer, but I doubt he was sleeping. His mobile phone, laptop, and his right hand were always nearby. Well, actually, he is left handed.

Sundays have never been my favorite day, with nagging thoughts of Monday and the work week not far away. Kids often were scrambling to complete homework assignments they had procrastinated on over the week. Blue Eyes was usually “working.” Friday night and Saturday were always my favorite. They held the promise of fun family time, usually kids’ sports or movies or excursions, and dinners out. Sundays were more a precursor to the hectic week ahead.

Now, however, the kids have been gone or grown for a few years, and mostly independent for a few years before that. Post kids, but prior to d-day Blue Eyes and I continued that pattern of living side by side, not really communicating all that much in the mornings, getting up at separate times, going our separate ways. I was in a comfortable place. We loved each other, we loved our family, our business was becoming less stressful and more profitable. I trusted that he was also in a good place. I am not sure what other marriages are like 25 years in, as I haven’t lived in one. I don’t know how much other people talk, or have sex, or fuck other people, for example. I know I talk a lot, I share, I like to have sex, and I don’t fuck other people. There was only one of those things Blue Eyes and I had in common, as it turns out, and I know you know what that one thing is.

After d-day, Sunday mornings were all about the long drawn out talks, the tortured sobbing and begging on my part. Me begging for the truth, for him to answer the unanswerable question, for him to make it all make sense to me. Of course he was not able to do that. Blue Eyes mostly stayed, listened, held me, didn’t talk, and didn’t cry. Sometimes this went on for hours. I’m not really sure why Sunday mornings were designated for such torture, but my guess is because I always disliked them and Sundays were often fraught with anxiety for me.

I am happy to report that now when I wake up on Sunday mornings, I rarely, if ever have any anxiety. Since d-day, Blue Eyes and I talk a lot more, in general, and I am not the only one doing the talking. Sundays are one of those special times for us. A time to connect and take things slow. To not fret over the week past, or the week ahead, to just live in the moment. We have finally come to a place, or at least we are making our way towards a place, where Blue Eyes will talk about anything. Where he doesn’t run and hide. Where he doesn’t avoid looking at me, and he doesn’t avoid saying his ex-other woman’s name. She is a real person (a really horrible person, but that is all on him) and he really did have an 8-year relationship with her. No amount of denial will fix that. I have been asking him to man up for a while now. I’m glad he is finally starting to do just that, because as soon as he does it, we move forward from it. I think he is starting to get it. Good, bad, or otherwise, I confront every damn demon under my own bed, and I need my partner to do that as well. Oh, man thank god that horrible woman cannot fit under our bed. Geez, that was not an image I wanted to conjure.

This morning, Blue Eyes woke before me and he left the bed, rather early. He went down to his office and went on his laptop. He has been more distant this past week, on his mobile phone more, leaving abruptly to do something on his laptop, showing a bit of resentment when I am not focused on him. It gives me the creeps. This morning, today, Sunday, when I woke up to a big empty spot in the bed next to me I started to feel that old anxiety. I got up to use the bathroom. He heard me and returned to our room. He said he had a sore throat, he couldn’t sleep. I asked if he had taken anything or done anything to help the situation. He said no. I asked where he was and he admitted he was down on his laptop. He was looking up some Japanese pottery coffee cups for his office as a couple from the set our interior designer had picked out for him are now broken or chipped. He seems obsessed with these cups. This is not a good thing. It is not good for him to obsess over something so benign. It doesn’t feel right. I don’t want him to lie to me. He swears he isn’t lying.

We had another one of our long talks this morning after he returned to the bed. A good talk. A talk with mostly love and laughs, not tears. Talking is so much better now that I am not the only one doing it. He admits he is ungrounded. He admits he needs to do better at redirecting with positive reinforcement and positive behaviors, not obsessive ones. This is a process, but the pain will always be about the lies for me. It will never really be about the other women or the sex or the trips out of town, that was all part of a sick fantasy he conjured in his mind. Those are all symptoms of the illness, representative of the fact that he was seriously fucked up and he chose to lie to me and himself rather than deal with his brokenness. If he had been truthful from the beginning, his behavior never would have escalated to other women. He must be truthful. It is the number one rule. He must deal with his emotions honestly and openly and immediately. The truth, is really my one and only rule. If he can follow that rule, we will be able to heal. I am happy to report, Sunday mornings are now one of my favorite times of the week.