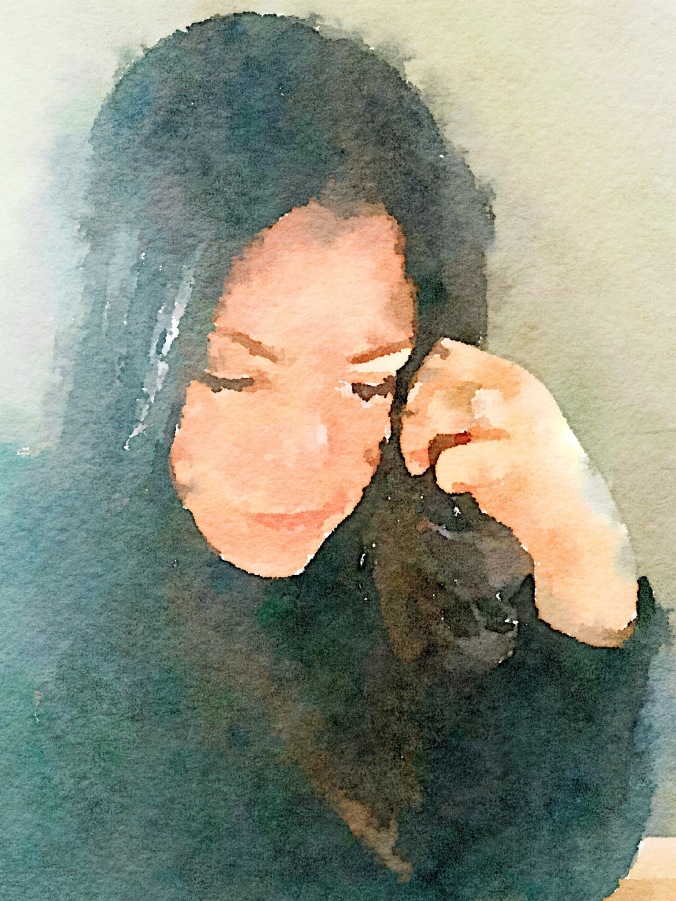 In the shower this morning I realized I am having an identity crisis. I have written so much here on my blog. I have spilled out who I am, what has happened to me both before and after I found out about my husband’s secret life, how I feel about addiction, how I feel about my family. I have written about my health, about places I have visited, and some of my favorite recipes, and even posted a few of my paintings. I always felt like I knew who I was. I felt like the decisions I had made throughout my life were my own, made by me, for me. I realize now, that’s not entirely true, and maybe it is not even mostly true.

As a child I did what I thought was expected of me. I went to school, every day, on time. In elementary school I received attendance awards, academic awards, good citizen awards, which all set the stage for later years. I like the feeling of being rewarded for doing the right thing. I always wanted to do the right thing. I received straight A’s nearly my entire school career, all the way through University. I graduated Dean’s List, with honors. I attended church like a good little girl. I treated people with kindness and respect and always tried to be a really honest and attentive friend, sibling, daughter, wife, and mother. I gave it my all. I chose business endeavors that I was skilled at and that brought in money. I was completely self sufficient by the age of 20.

I have chosen jobs I enjoyed as well as jobs that were practical. I volunteered in the community, extensively, and also in my children’s classrooms. I devoted 20 years of my life to daily childrearing. I was a loyal, happy, productive, loving wife for 30 years. I chose hobbies I enjoyed. I had fun. I laughed. I loved life. I was happy.

So having said all that, why on some days now do I feel empty? Before discovery, about 80% of any given day was spent doing what I wanted or needed to do, individually. Blue Eyes was a workaholic and a sexaholic and his day was scheduled accordingly. His addictions came first, because he needed them to manage the rest of his life. We all know that now. Post discovery, he accomplished a pretty drastic reversal. He was suddenly ever-present in my life. I forfeited most of my “me” time as Blue Eyes was there, with me, day in and day out. We were both seriously broken. He wanted me to help hold him up. The weight of his secret life had been lifted, but the enormity of the reality that was his new life remained. There was the uncertainty regarding whether I would leave, then the pain attached to what he had done to all of us, and finally the enormity of facing years of recovery ahead, with no addiction to help him cope. He also used my severe trauma responses to distract himself from his own reality. I needed him, and he was there. We relied on each other to help heal the wounds. We used hysterical bonding to connect physically. Even if mired in dysfunction, in some ways all this together time strenghthened the bond between us. Or maybe more accurately created a new and different bond between us and during the past two years, I have mostly felt, I think, like us being together, a lot, was important to the longevity of our relationship. If we were going to stay married, I needed him to be there for me when I was spiraling. Even knowing now that for a very long time he was incapable of doing and saying the right things, he was there.

I grew to realize pretty quickly post discovery that Blue Eyes wanted a life with me, he just never felt worthy of it. Also, he came to our relationship as an addict. Being an unrecovered addict and a partner are pretty mutually exclusive. I can’t believe he pulled it off for decades. I’m still not sure what this says about Blue Eyes. Over the years his addiction grew until it was too much for him to justify any of it anymore and he started making decisions that would permanently alter his life and expose his long kept secret. It all unraveled from there. I am not making excuses for him or trying to minimize the effects of what he has done with his life, to me, to our children, to many many others. But the truth remains, I have never stopped loving my husband. Actually, I adore him. I do not regret having spent the past two years remaining by his side. He has proven to me thus far that he wants to change. He wants to conquer his demons, and he is doing just that.

What is becoming more and more obvious, however, is that what I overtly think and feel, in my conscious, is not the whole picture. For the same reason I have suffered from high blood pressure for the past 10+ years (long before discovery), my body is now suffering from the impact of my new reality. Additional stress added to unmanaged stress. Despite my very best efforts at managing that stress, and eating healthy and exercising regularly, my blood tests showed that my blood glucose is completely unmanaged. My doctor and I went over everything I had been doing for the past three months and she came to the conclusion that stress and anxiety are literally killing me. My life is very different, now, and I am not managing it well. She once again brought up anti-depressants and for the first time in two years, I did not say no. I started to cry. She held my hands in hers. She said I was trying to be too strong and my body was telling me I needed help. And I am going to now take that help. The last thing I wanted to hear was that I needed to take more medication. I felt defeated and potentially even a little more depressed by the idea. But, I pulled up a chair next to hers and we sat together and she helped me fill out a little questionnaire gauging indicators of depression and anxiety. I am in the low category for both, in other words, my signs of depression and anxiety are not severe, but they are there. I have been suffering physical symptoms, like pinched nerves in my back and tightening of the chest, the heart murmur that appeared in the months post discovery has worsened. But most of all, there are many days when I have to force myself to do anything, even the things I love. This is just not me, it’s not right, and my health is suffering.

I went from my doctor appointment to the therapy appointment I had scheduled all those weeks ago. I had been in to see Ms. Honey when she had the cancellation just after Valentine’s Day, but this was my first regularly scheduled appointment. First order of business was to schedule a future appointment for Blue Eyes to “do” his Ninth Step. He is ready. The Shrink has suggested Blue Eyes present his amends step to me with Ms. Honey present. She liked the idea and we scheduled a date. It falls just after Blue Eyes’ deadline, but that is not his fault, so we’ll cut him some slack. The second order of business was to let Ms. Honey know I would be going on a low dose anti-depressant. We talked about that for a while. She asked me to call or text her with any questions regarding the drug I have been prescribed as well as any symptoms or side effects I am concerned about. Lastly, we talked about the other reason why I agreed to start taking anti-depressants, other than the underlying anxiety and its potential affect on my blood glucose, and that is this feeling that I have lost part of my identity in the healing process.

I need to get me back. I need to get me back 100% of the time, not just some of the time. I need to be healthy and happy and whole for me, not for anyone else. I thought I was doing so well. I mean, I think I am doing okay, but I want to do better because the subconscious part of me is screaming at me to do better. I want to be that 90 year old woman sitting in a rocker on the deck of my beach house wrapped in a shawl I knitted, drinking a cup of herbal tea, and I want to feel peace and happiness in the deepest parts of me. 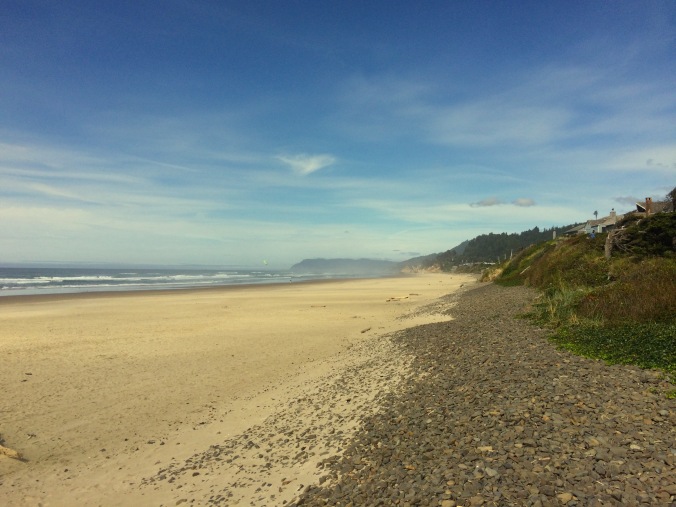