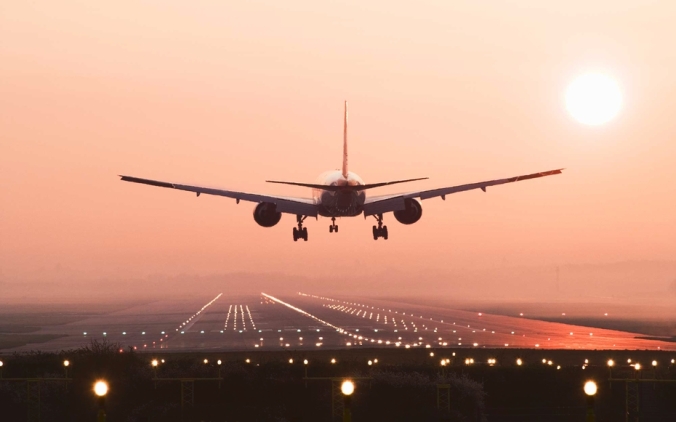 At this point, I feel like readers are pretty aware that with all the fun of travel and beach houses, and all that jazz going on in my life, inevitably struggles will sneak their way in because, you know, living with a sex addict ain’t easy. Frankly, after 33 years, I’m not sure living with anyone is all that easy, but I do enjoy my life with Blue Eyes.

I had a really great time in Paris. Blue Eyes and I talked a few times, texted every day. He wanted to know how my trip was going, living vicariously and all that, and I of course wanted to know how things were back home. When Blue Eyes traveled all those years, all the time, at points in our marriage he traveled far more days than he was home, there was little to no contact while he was gone. At the beginning, we didn’t have the fancy gadgets like Skype and FaceTime and at the very beginning, not even regular reliable email. When he lived 3/4 time away from us in California, of course there was the phone, but in those days mostly you still had to pay by the minute for long distance and we were on a tight budget. We did talk, however, it was always on Blue Eyes’ terms and most often it was something about the boys.

Now, without having his drug at his fingertips, he struggles. He struggles with daily life sometimes and with all transitions. He has anxiety and he lives in fear on many days. He obsesses over things he cannot control or change. He recently called it quits with his therapist and will soon be participating in EMDR therapy to work on childhood wounds and other trauma triggers. (Yes, Moi, he’s finally doing it!!!) Right now he is planning on seeing Ms. Honey for the EMDR therapy and I am all for it. Ms. Honey is the next best thing to my SAIT (Sex Addiction Induced Trauma) therapist in LA. Ms. Honey works with patients who suffer from anxiety and phobias, abuse and trauma issues, self-esteem issues, shame reduction, addiction (she is a certified CSAT) and she is a certified EMDR provider. And, I know she is good. We are works in progress, all of us, but Blue Eyes has a whole lot of deep work still to do. He knows he needs to keep working.

Back to the turbulence. I arrived from Paris around dinnertime on a Friday. Both Blue Eyes and The Peacemaker picked me up at the airport. Having The Peacemaker there was a lovely gesture as it is difficult to drag him away from the house unless it is to hang with his friends, or for a sporting event. I guess he missed me. 🙂 We stopped for dinner at one of our favorite restaurants and the boys ordered their Ham & Hot Rolls, Oysters on the Half Shell, and decadent Pimento Double-Cheeseburger.

This Pimento double cheeseburger from Trifecta Tavern in Portland, Oregon is one of the richest burgers I have ever tasted. And a taste is all I have ever eaten. It is over the top!

Lack of sleep and all the rich food I had consumed over the past week was starting to hit me. I, therefore, ordered one of their lovely salads, and even shared it with The Peacemaker.

I am surprised I was able to stay awake until 11:00pm. That night, I slept for a glorious 10 hours and really thought that would help me with jet lag. No such luck, unfortunately. Blue Eyes was very happy to see me and he didn’t leave my side for the first, oh, 12 hours or so. But then at about 6:00am he was up and out of bed. I really thought he would want to sleep in with me. Instead, he told me he couldn’t sleep (now that I was actually home and in bed with him–HE COULDN’T SLEEP?) and he was off to an early Saturday morning 12-step meeting. WTF? The entire time I was gone he did not attend one SA meeting or his Buddhist Sangha. Now that I am home, he is off at 6:30 in the morning? It was triggering, guys. The look on my sleepy face must have registered sadness and dismay as he finished tying his shoes and was off, not even a kiss on the cheek. I tossed and turned and finally fell back asleep.

For a couple days, things were very off. I couldn’t understand why Blue Eyes seemed so distant and distracted. From the moment he heard that I would be going to Paris without him, until I was safely back home, he was stressed and clingy. Now that I was back home, he was fairly well ignoring me. Over the next few days Blue Eyes was rude to both our boys and non-communicative with me. No communication is where I draw the line. Jet lag was torture and I was weepy and lethargic for the first few days I was home. I knew it wasn’t just jet lag or menopause, or whatever excuses I come up with to distract myself from the obvious… Blue Eyes is a pain in the ass to deal with.

I was very happy to be home. A week away was plenty for me to get my “alone” fix. Blue Eyes and I headed over to the beach house on Monday morning in preparation for the 4th on Tuesday. Blue Eyes insisted that he had work to do after we arrived to the beach house, and he wanted to make sure I knew that. Of course. But then once we were settled in at the beach, he wasn’t making work a priority, and yet he seemed pissed at me. When I was being playful, he seemed even more angry. I had had enough so I confronted him. His excuse is often that he has trouble with transitions. I am not really sure what this means. For decades he would flit off to this or that country, for this or that meeting, whatever and I was expected to run the house, the company, my life, the kids’ lives and just let him be and definitely don’t expect anything from him. Now, I go away for one week with a friend and he has trouble “transitioning.” I can’t win.

Fourth of July at the Beach House.

Monday afternoon he did take some business calls with our sales guys. He was a completely different person than the one I was seeing. He was engaged and lively on his first conference call. He was jovial, boisterous, loud and demonstrative on the phone with one of our employees. It was such an unusual persona for him that even Bernie the Aussie barked at him. Kind of like “hey Dad, what’s up with you?” What’s up with him is that everyone else gets the energetic Blue Eyes and I get the moody Blue Eyes. It’s been this way forever. When we were young, I got the fun and energetic Blue Eyes all the time… when he wasn’t sick that is. Life wasn’t so complicated back then. Now, I feel like I am a burden sometimes. I remind him of who he really is. It hurts. There is nothing much I can do at this point. I am who I am. I never let Blue Eyes’ moods bother me before. They were just part of him. But now I know. Now I know he is willing to throw me under the bus when the going gets rough. He says he will never do that again, but as I watch him ignore me and harbor anger and resentment, I’m not so sure.

I was glad to hear he had ended it with The Shrink a couple weeks ago (although this may be causing him some of the anxiety), but I definitely do want him to continue his therapy journey. I know people aren’t perfect and Blue Eyes won’t ever be the carefree, loving-life person I thought he was for years. I know Blue Eyes’ emotional struggles are not about me and that I need to learn to have a thicker skin, but geez if I don’t just want things to be easier some days. I know communicating openly about his inner most feelings is difficult for Blue Eyes, but difficult or not, it will be necessary for the health of our relationship. I’m in this thing with everything I’ve got, and that is all I can do.

Yesterday we visited an Asian Antiques store and found a lovely copper fire pit for the beach house (something I had been looking for) and Blue Eyes also found an amazing Buddha (something he had been looking for) for his meditation corner. He never would have purchased the Buddha had I not been there. I want him to have things that have special meaning to him and that bring him peace, because at this point, I know I cannot do that for him.

Tomorrow I am off to the beach house to relax and enjoy our new treasures.

14 thoughts on “Turbulence on re-entry”