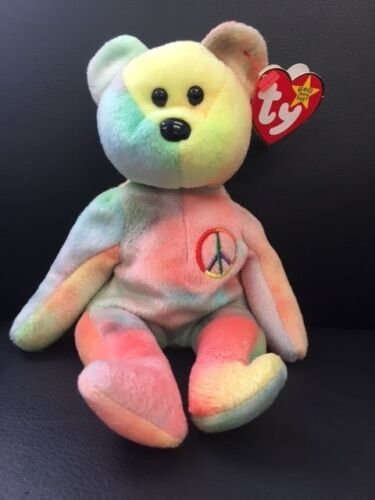 I wrote a post a couple years ago about suicide and also bits about my sister’s mental illness.

It will never be about us

I describe a situation where she had harmed herself and was put in a suicidal lock-down ward of a local hospital. I took to her a gift of a little Beanie Baby bear from my own collection. I had two or three of the little stuffed bears that were my favorite. I told her the one I gifted her was from my boys, who were small at the time (but BIG on collecting Beanie Babies). They actually had no idea she was in the hospital. She was extremely mean to me that day and I didn’t speak to her for some time after that visit. That was nearly 20 years ago.

Fast forward to yesterday. Last week we moved my sister and her long term male friend out of our parent’s rental house and into a nice little apartment. The apartment is cute and bright and I hope she is happy there. She’s doing quite well, medications all squared away and everything. She called yesterday because she was missing a bag from the move. “A very important bag,” she said. I told her I didn’t have anything in my car from that day. She was a bit frantic. I asked her what was in the bag that was of such importance. She said “mostly some old bills, but that Beanie Baby bear you gave me is in there and I don’t want to lose it.” I asked her if she was talking about the one the boys gave her all those years ago when she was in the hospital. She started to cry and said, “NO, the one you gave me when I was in lock-down.” I tried to comfort her and told her I’m sure it would turn up eventually. She tends to lose track of things easily.

What is Borderline Personality Disorder (BPD)

So she knew all along that I had given her the bear. I know she knows how much I love her and I want her to be happy and healthy. Mental illness is so unfair. No one deserves what she has been through in her life. Like my friend, Nina, also suffering from mental illness, my sister slept with married men. Her promiscuity, mostly before she was diagnosed, was unhealthy, but she never wanted to marry the men. Quite the opposite. She used them to medicate, much like Blue Eyes did, and the women he slept with used him. The psychologists that have treated Blue Eyes believe that his long term acting out partner also has BPD. My sister chose unavailable men on purpose. My sister was and is physically beautiful (unlike my husband’s other woman), but her self esteem was rock bottom. She also used over the counter drugs, alcohol, self harm, and prescription drugs to help her cope with life. She had a lot of unhealthy and destructive behaviors. She was sexually abused three times before the age of 11. I could never even pretend to understand what she has been through. We all have a story. We all make mistakes. We all do the best we can. I always wished I could take her pain away. Life just doesn’t work that way.

I know my sister identifies with every single one of the above statements. She was diagnosed 20 years ago with BPD and bi-polar tendencies. People with mental illness will find ways to medicate the pain. What they don’t often do, is get to the root of the pain and thus continues the cycle of broken people seeking out other broken people, and hurt people hurting people. It’s time to up our game in conquering the mental health epidemic.