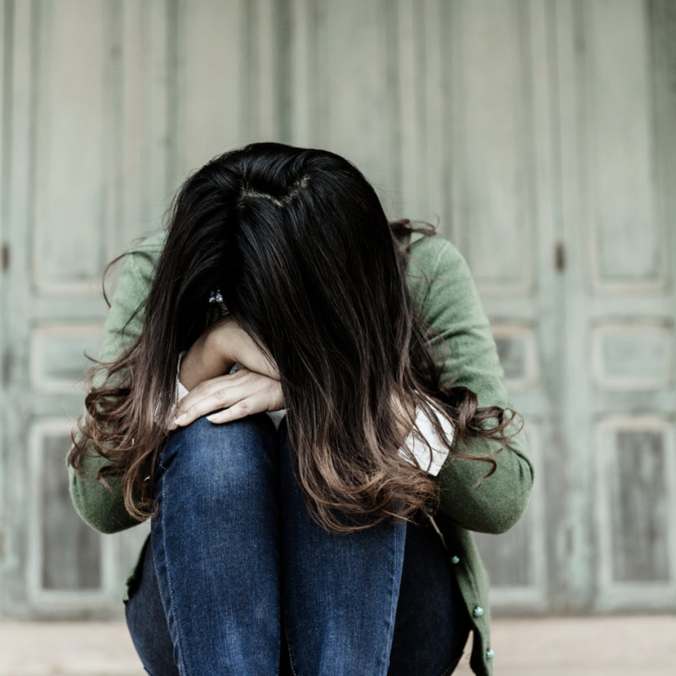 Why would a person cheat if they weren’t looking for a way out? Sex addicts and non sex addicts do it all the time. But the media would have us believe there is something wrong with the loyal spouse or the marriage. That’s it. Mystery solved. But the media is often wrong. The cheaters are filling an emotional void that they have rationalized can’t be filled by their loyal spouse. It doesn’t necessarily mean they want a divorce. I know I believed early on that there was no way Blue Eyes would seek out a sexual release that didn’t include me unless I was just not good enough. And who has affairs if their spouse is loving and kind and enjoys sex? I must not have been filling his needs, right? It’s one of the reasons I have such a difficult time reconciling the 8-year affair partner of my husband. As I have said before and honestly I am trying my hardest to be objective, the woman is older, meaner, harsh looking with beady little eyes and straw-like hair, heavier, less nurturing, has habits like hoarding, alcoholism, and stalking. She just doesn’t fit in with a person Blue Eyes would want to be seen with in his regular life and that is why she worked. She worked because her expectations were low. And, she worked because she was secret. She was never going to see the light of day. Again, it’s like a guy who normally drinks a fine Macallan Scotch at the nearest trendy bar, but eventually stoops to drinking Thunderbird out of paper bag in an alley…. because, he’s an alcoholic. Addiction is a secret, shame-filled disease that ruins lives.

Unfortunately for addicts most often their dirty “little” secrets don’t stay secret forever. They escalate, they become less vigilant, they get caught. Sex addicts rarely out themselves because their secret life is really important to them. I believe there were two reasons (or more) that Blue Eyes kept his secret for so long, because he actually did orchestrate being caught, even if he didn’t actually literally out himself. First, his secret life fulfilled a basic need in his brain that had been fed since childhood. Those hits kept him going, they took the edge off the stresses of daily life. Second, if he was found out, life as he knew it would be over. He would lose his spouse, his family, potentially his job, who knows. You see, even though they are doing things that surely are not conducive to the happy, loving relationship they committed to, they don’t want to lose those relationships. They just don’t know how to stop the behaviors. They don’t know how to stop the madness. Exposing the dirty secret to the light of day is the first step.

Well, that got off track rather quickly.

Bottom line: most sex addicts don’t want to lose the non-addict driven intimate relationships (marriage) they do have.

So what about the rest of the cheaters? I think some do and some don’t want to end their marriages. I do think there are lots of cheaters who temporarily lose track of why they got married in the first place. Their selfish desire to fill a vulnerable emptiness with an available body wins out over what they know is right. They rationalize their selfishness. There are others who think they want their marriage to end and so they cheat, cause destruction, some leave and some realize they were wrong, and stupid. Regardless, obviously there is actually no legit reason to cheat. Just leave, people. Cheating is wrong no matter how you look at it.

Nina’s situation got me thinking about this. I do believe that the married man’s marriage was struggling and potentially going to end anyway, but it doesn’t matter now. Nina should have waited until it did end, because, duh, look what happened.

Anyway… like so many others with betrayal blogs, we talk about this a lot more than the average person. There are so many different stories. Some who knew their marriages were struggling at the point of the affair. In some cases the loyal spouse was totally blindsided. In some cases the spouse was wishing it would happen, an excuse, if you will, to end it all. Who needs THAT kind of excuse, I say. Just leave. Why stay in a miserable marriage. But then there I was, thrown into an absolutely abominable situation. Nothing is so black and white. Sometimes people stay for monetary reasons. Sometimes for the kids, to keep the family together. My own bias on that though, it only works if the marriage is civil.

I attended that betrayed wives seminar almost five years ago now and I still remember the devastating stories. Every single one of those women who attended the seminar were still hurting even the ones who were already divorced. In the case of one of the mentors, and I’m going to say this in my own subjective and biased way, she is gorgeous and sexy and a successful career woman and they had a young child, and she wanted her marriage to survive the infidelity. All those things you would think would make for a marital success story, right? Apparently not. So, her husband cheated, I think with a co-worker (cliche, I know). Anyway, affair had ended, but wife found out and kicked husband out. He was supposedly miserable without wife and child, promised to never be so stupid again, and of course he despised the affair partner and couldn’t believe he had been such a fool. Wife took him back. Unfortunately (or fortunately depending on how you look at it) she couldn’t make it work. She was too affected by his cheating and she didn’t trust him, so off he went. Where did he go? Right back into the arms of the mistress. Yep, people are weak. He didn’t want to be alone. The wife was right all along, to kick his butt out. He was never going to be able to put other people’s needs first. She is still single, but she is happy. That’s what matters. There’s also another story where the whole lying, cheating affair was blamed on the mistress. I mean REALLY blamed on the mistress. She seduced the husband when he was in a very weak and vulnerable spot. She threatened, she blackmailed. She was the devil incarnate. Both husband and wife ended up hating the mistress. A partnership in hate. And, it would never ever happen again. Husband learned his lesson. Until it did, happen again, with a different woman. Now I guess it is the husband’s fault. Divorce is pending.

Back to Nina. I don’t think Nina is responsible for the married man’s marriage ending. I personally think it would have ended regardless. And the fact is, he ended it. He asked for the divorce, Nina or no Nina. I think it is easy to assume that the wife is heartbroken and didn’t think there was anything wrong with her marriage, but I’m not sure that is the case. My own parents, like the married man and his wife, met when they were very young, maybe 14 or 15 years old. My parents also had a young daughter, me, when things started to fall apart. My father is a bully and was not a nice husband. I remember hiding in the closet trying to drown out the fights, covering my ears, but still hearing my Dad yell at my Mom, and hearing my Dad hit my Mom. I remember being happy the day my Dad “met someone else” and walked out. My Mom had already asked for a divorce about a year prior. My Dad had begged and pleaded for a second chance. She said he even cried, which I find hard to believe. He is a pretty good bullshitter and actor though. She gave him a second chance and what did he do, he went off and found himself a replacement and then dumped my Mom. My Dad is a dick. This shit happens every.single.day. We all have a story. This was 50 years ago!

I do know some things about the married man’s marriage. He never expressly told me he was unhappy in his marriage (that would have been inappropriate, and I only talked with him in a very public setting) but he did talk about how they had been together since they were young, early high school. How he felt a lot of pressure from her, especially to be successful in his career, financially. When he talked about it he seemed stressed. We had been talking about tattoos. He had a couple, small ones that could be covered up with work clothes. He said he wanted to get a tattoo in a visible spot, like mine, but his wife forbid it. I remember saying how can she forbid you from doing something? He said she felt like I might need to get a “regular office job” some day and wouldn’t be able to because of a tattoo. I said, “ah, I see.” I told him I would hire him with a tattoo and we work in a corporate environment and he said, “yeah, that’s because you are cool. Most people in the south aren’t.” The next time I saw him he had a super fun, geometric tattoo that was pretty visible. I laughed and told him how much I liked it. He said some things had changed in his life, so he had just said, “fuck it,” he was getting that tattoo. I didn’t question it. I never told Blue Eyes I was getting a tattoo. It was a surprise! 😉 On the other hand, when we talked about Nina, which we did because I was worried about her, he showed true compassion and care. I really really really thought they were just good friends. I never saw anything even remotely inappropriate.

So I guess what I have been ruminating about is this concept that we know what goes on in other people’s lives. The assumption that the wife in Nina’s case is heartbroken, or really even surprised. I’m not convinced she is. I think she is angry and using everything in her power to get back at the people that took her choices away from her. Her choice on whether she would be getting a divorce, and when. Her choice on whether she was going to have to forever be the betrayed spouse. We know how much that SUCKS! Her choice on where she will now live, and how she will afford to do so. I know I am projecting like everyone else. By the time my Dad came home and asked for a divorce, my Mom wasn’t hurt, she was angry. I get that it all sucks. All the emotions are bad ones. There is no winning when it comes to cheating, but I’m not convinced that I know who the real losers are here in the Nina scenario. They’re all losing something. What that all is, for all of them, I don’t really know.