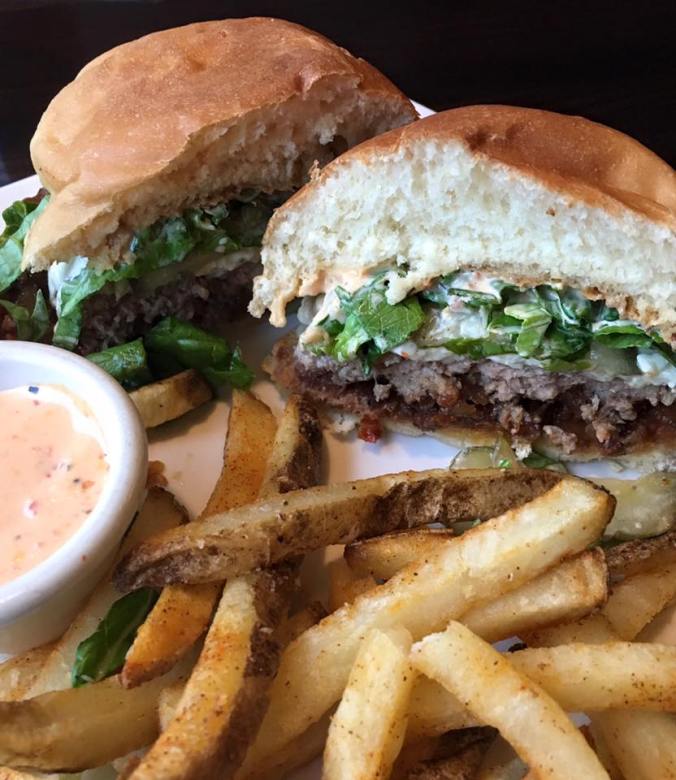 I made it through that fucking colonoscopy like a champion. Ha, I am patting myself on the back, obviously, for something thousands of people do every single day without complaining. A routine procedure, if you will.

The thing is though, I never realized before how toxic trauma can really be. I never realized simple fears could affect my health, and that PTSD makes everything worse. I have always had anxiety. Fear of heights is a big one. Anxiety over sitting at a desk or table with my back facing the door has been with me as long as I can remember. People walking too close behind me on the street, drives me cray cray. One time Blue Eyes asked me if I was in the mafia in a previous life. He said I choose a seat in a restaurant like people are trying to kill me. I know I’m not the only one, my mother does this too. After d-day, I honestly didn’t know if someone was trying to kill me, and my fear of not being able to peruse my surroundings at all times grew. It grew so strong I didn’t want to leave the house, ever. I believe they call it agoraphobia. I had a temporary case of that too. When my youngest son was bitten by a large Rottweiler (I have nothing against Rottweilers, it just happened to be a Rottweiler that bit my son), 40+ stitches later, I had a devastating fear of large dogs, but I mastered that by bringing home a golden retriever puppy. She grew to be 98 pounds, not as big as the 170 pound Rottweiler who did all the damage, but still big enough to squelch the fear.

I also have that nagging fear of anesthesia that I talked about last week. So, I made it through the liquid diet, and the bottles of Gatorade mixed with Miralax and the other laxatives. I cleansed the hell out of my colon and showed up right on time for my procedure. Once there, the staff at the clinic did an amazing job of taking care of me. They sent in a specialist to get the needle in my vein for the anesthesia (I have those sneaky kind of veins that don’t especially want to be found). Meanwhile they took my blood pressure, my blood sugars, my pulse, and my temperature. The temperature was normal, everything else, elevated. No surprise. They sent in a special anesthesia care nurse to talk about my anxiety. Based on my name, which she had misread in my chart, she thought I was a man and was surprised when she opened the curtain and saw me, clearly a female, which brought up a rather funny (not ha, ha) conversation about our soon to be beach house neighbors who somehow thought Blue Eyes was gay. Story for another day perhaps. Anyway, as we started in talking, she asked if I had ever had trouble with anesthesia and I said no. She asked if I had ever had anesthesia and I said yes, many years ago. I was 14 years old and had been rushed to the hospital for an emergency appendectomy. She said that must have been incredibly scary and there is probably some residual fear there. And then I remembered the epidural with my first son. I was paralyzed for approximately 16 hours after he was born, and during that time he was life flighted to another hospital and I was unable to join Blue Eyes and the baby and the rest of my family… they ALL went with the baby, no one stayed back with me. I know I sound like a child saying this, but again, at 28 years old, I was scared and alone. I have always just taken everything in stride… or have I?

By this time, Scotty, the awesome guy who would be taking care of my colonoscopy anesthesia had entered and was prepping to move me. They both looked at me with total sympathy and told me I was going to be okay. I kind of just looked at them, like, I know. I’m a big girl. But, as Scotty wheeled me into the procedure room, and I looked around and looked up at the light overhead and the machines all around, I was suddenly a scared 14 year old again.

On a Sunday morning in 1977, I was a freshman in high school and I was having some really horrible stomach cramps. I was with my Dad and I told him I was too sick to go to church. He accused me of fabricating my illness so I didn’t have to go. I assured him I was not. He said they were going to leave my youngest sibling home with me to watch. I told them I didn’t think that was a good idea. They did it anyway, so I was in pain and babysitting. I definitely have residual feelings about that kind of shit. Later in the day, I felt better. I returned home to my Mom’s later that night and for a couple days, I was fine. Then on Wednesday, I was sick again. I was sick all evening and I started vomiting in the middle of the night. The pain was excruciating. I went to my parent’s bedroom and told them I was in severe pain. They were not happy to be woken up. I wasn’t a baby, I was 14. It was probably the stomach flu. I lay down on their bedroom floor and softly cried, they said I needed to go back to bed. I was up all night long with the pain. Both my parents worked and my younger siblings were in elementary school. When my mother came down to my room the next morning, she looked at me and asked if I was ready to go to school now. I told her no, that I was really really sick and had been all night. Even though I was a straight A student, and rarely missed a day of school, she asked if I was faking it because I had a test, or something… Even though I know my mother to be a very caring person, I am sure she was stressed and frustrated and didn’t want to leave a sick child at home, but she HAD to go to work. My feelings were hurt. I hadn’t really eaten or drank anything since the morning before. About an hour after arriving at her job, my mother called to see how I was doing. I told her I was no better, maybe worse. I think I was starting to get delirious. She asked if the pain was on one side specifically. I told her yes, but I couldn’t even remember what was left and what was right. I felt faint. She asked if it was the side I write with. I said I don’t know. She patiently asked me to pick up a pen and then she said, is it on that side? I said yes. She said she would be right home and take me to the doctor. It was our doctor’s golf day (i.e., day off) that day. At the time, we had one doctor that did everything, a general practitioner, I guess. He had delivered me, I saw him as my exclusive doctor for years, as a baby, and a child, and then as a teen. He had diagnosed me with strep throat, he had removed a cyst from my lip, he prescribed cream when I had a really bad sunburn, he did everything. He literally was the only doctor I had ever seen. I adored him. I was scared of seeing a different doctor. My mom took me to his on call associate. The guy was an asshole. He asked my mom if I was pregnant. She nearly lost it. I was doubled over in pain by this point. I couldn’t even see right, everything was blurry. After a bunch of rude and insensitive questions and my timid mother saying we were going to leave and go somewhere else (where, I wonder, maybe the emergency room?), he referred us to a surgeon. He thought it might be appendicitis. Thanks, genius. The surgeon had been on sabbatical for the past 18 months and didn’t even have regular office hours yet, or a nurse or a secretary or anything. His door was locked, so my mother knocked. He answered. He gave me the most painful exam I have ever experienced by sticking his finger in my bum. I screamed without even realizing I could scream that loud. He told my mother we must get to the hospital immediately. He told us he would meet us there. We rushed out to the car, me doubled over in pain, and my mother, for the first time in her 33 years at that point, had locked her keys in the car! She ran back in and the surgeon ended up driving us to the hospital in his personal car. Once there, the hospital staff shoved me in a wheelchair and rushed me to an operating room. I was scared and no one was talking to me. No one was assuring me things would be okay. They then proceeded to try and get an IV in me, for fluids, for blood, for anesthesia. They couldn’t do it. I mean they tried, and tried, and tried. They burst a vein in my left lower arm that hurt, badly, and I can still see the green line where it swelled and bruised. They ended up getting in on my left hand. It hurt almost the entire time it was in there. I couldn’t wait to get rid of it. So, without giving me any guidance or assurances or anything, they told me to count down from 100. I don’t remember anything past 97. I woke in a room full of empty gurneys facing the back of a guy in scrubs taking a personal call, a really personal call. I was 14. I was in the hospital for two days and recuperating at home for 10.

Back to yesterday. I was introduced to the doc that would do my procedure. Scotty held my hand, adjusted me on the bed, talked me through absolutely every single move he made and everything that was going to happen. He took my blood pressure, it was high, 160/80. His voice was kind and gentle and the last thing I remember him saying was, it will take about 30 seconds for this to kick in… I think it was more like 3 seconds. The next thing I heard was Scotty’s voice saying, “well, now that wasn’t so bad, was it?” I looked up at the last blood pressure reading taken while I was “under.” It was 125/70. Perfectly normal.

After recovering for a few minutes in a curtained off area, I put on my clothes and they escorted me to the room where I would hear the preliminary results. Blue Eyes was there with me. The doctor was great. He handed me a post op instruction sheet with a few pictures of my colon, and he said, “You have a pristinely beautiful colon. No tumors, no polyps, no bleeding, not even a fissure. Nothing. See ya in 10 years.”

Since d-day I have become much more aware of my trauma and where it stems from. I have given myself permission to be afraid when I need to be. It’s okay. I am a vulnerable human being with a past, just like everyone else. I don’t have to be perfect, I don’t even always need to be brave, but most of the time I am anyway.